TouchTunes has been disrupting the jukebox market since 1998 with the release of the world’s first pay-for-play digital jukebox.

Since then, TouchTunes has grown to become the world’s largest in-venue interactive music and entertainment platform, featured in over 75,000 bars and restaurants across North America and Europe.

Driven by innovation, TouchTunes built and launched its app in 2017 on both the Apple App Store and Google Play Store. Since launch, the app has been downloaded more than eight million times.

Supported by a strong network of jukebox operators, TouchTunes has created a business model that’s geared for growth.

TouchTunes is a privately held company which is headquartered in New York City, with offices in Chicago, Montreal, Vancouver and London. 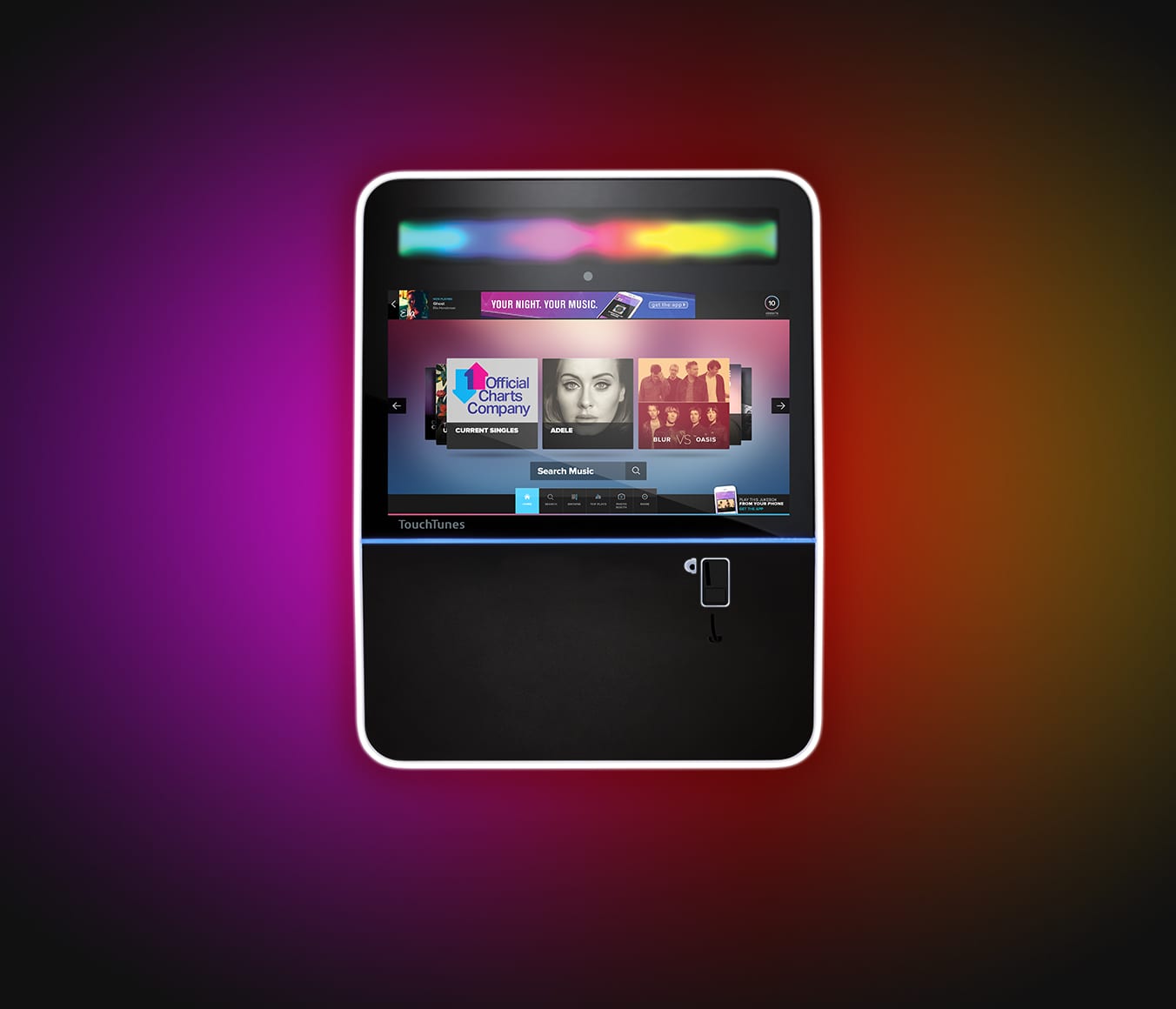 Experience music in a new light

The Angelina is a digital jukebox like no other.

The centrepiece of any venue, the Angelina draws in customers with its modern look and feel.

It then delivers a revolutionary jukebox experience that keeps customers coming back for more – paying you as it plays, while extending dwell time in your venue.

You curate the music library; your customers select the songs.